These large cinnamon rolls are the perfect combination of soft, sweet bread, cinnamon and brown sugar, baked with love and smothered in a delicious buttercream icing. We love to eat them on a Sunday morning together as a family or sometimes when we have breakfast for dinner during the week. 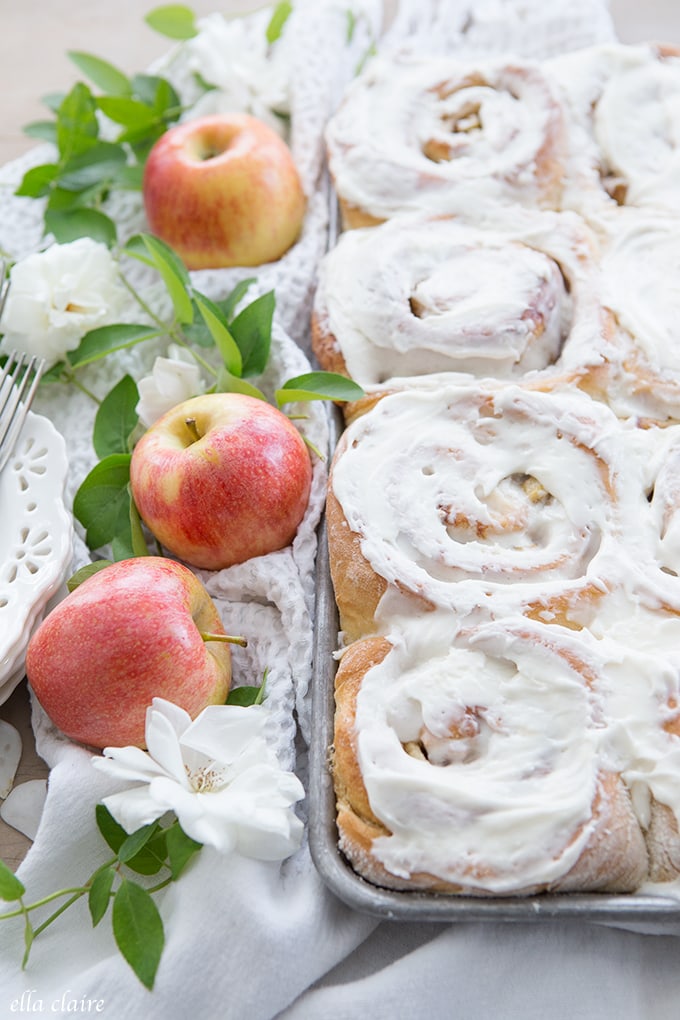 So many of you have asked for my Cinnamon Roll Recipe after I posted them on Instagram, so I wanted to give it to you! These pictures are actually my Apple Pie Cinnamon rolls, so I will have to update this post with better pictures when I have them.

Growing up, cinnamon rolls were a staple in our home. I am the oldest of 6 kids, and every one of us had friends begging to come over when my mom made cinnamon rolls. She would always make a couple big pans at a time (and the cinnamon rolls are huge too!) and they would be gone in a matter of minutes. Now, she has a bakery where her whole town flocks to purchase them.

This is my own recipe (I wouldn't give away her secret recipes😉) but it is one that I have been using for many years that my little family absolutely loves! My 6 year old always asks for them for his birthday as his cake. They are so big and delicious.

The secret to any good recipe is using the best ingredients you can find, so use real butter and vanilla with this one if you have it. The rest of the ingredients are just simple staples I always keep on hand- flour, sugar, yeast, etc. so they are easy to whip up at a moment's notice.

The biggest tip I can give you, as with any bread recipe, is to look more for dough consistency than exact flour measurement. You want the dough to no longer be sticky, but still be nice and soft. When I measure my flour, I spoon it into the measuring cup and I add the last couple of cups in one at a time, mixing well in between. This will ensure you don't add too much flour. 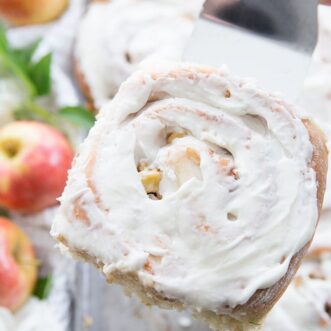 I hope you love these cinnamon rolls as much as we do! I will update this post soon with different pictures, but I wanted to get the recipe to you as soon as possible. 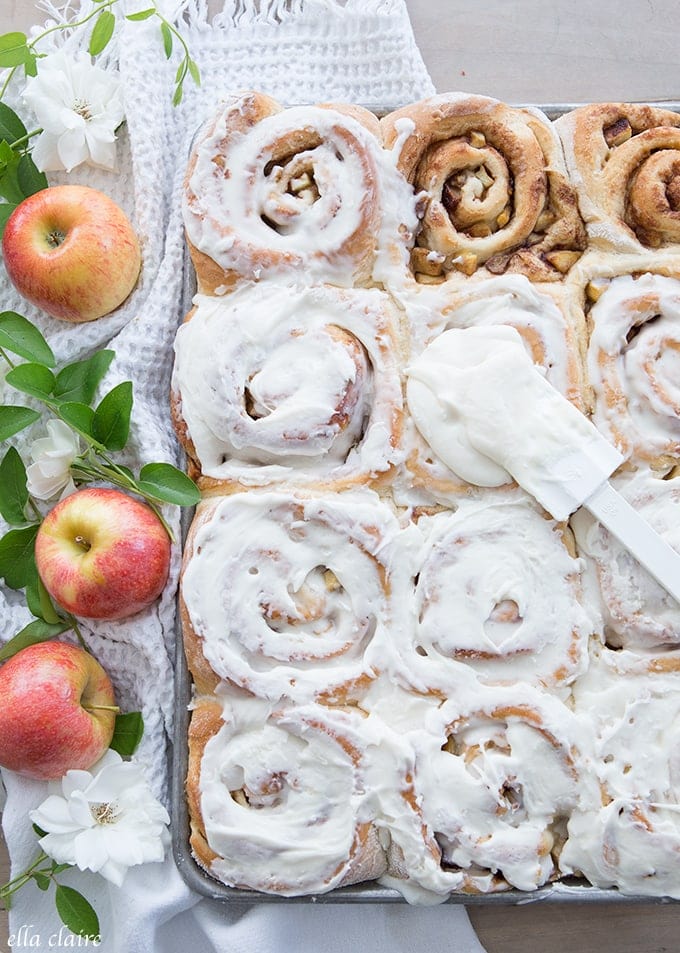 As an Amazon Associate I earn from qualifying purchases.

Ella Claire & Co. is a collection of our favorite homemade recipes, handmade projects, family celebrations and ideas for beautiful living. We love the simple, the everyday- the things that make home, home.